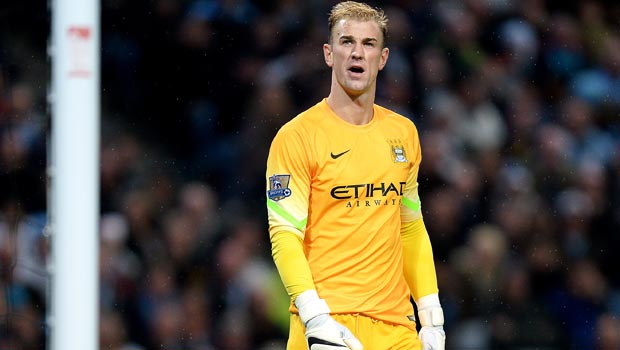 Joe Hart believes it is vital that Manchester City bounce back from their late defeat to Bayern Munich by beating Chelsea at the weekend.

Manuel Pellegrini’s men looked all set to earn a well-deserved point in their opening Champions League clash in Bavaria on Wednesday, only for former Etihad star Jerome Boateng to fire a deflected effort past Hart in the 89th minute.

It means City have not won in their last three outings – on the back of a defeat to Stoke and a draw with Arsenal – and the champions are now five points behind the pacesetting Blues, leaving them priced at 4.20 to defend their Premier League title.

Chelsea – who were held to a 1-1 draw at home by Schalke in the Champions League on Wednesday night – in contrast have won all four of their Premier League matches so far this season, netting 15 goals in the process, and it appears the acquisitions of Diego Costa and Cesc Fabregas have given them a whole new dimension.

However, Sunday’s trip to the North West is their first real test of the campaign and they will be looking to show why they are the 1.65 favourites to win the title by continuing their 100% domestic record.

The game is just as big for City and after their heartbreak in Bavaria, Hart believes it is now vital that his side claim all three points against Jose Mourinho’s men.

“We like to think of ourselves as big-game players, so we need to step up again on Sunday,” The Telegraph quotes the goalkeeper as saying.

“It’s a big week for us. We’ve not won for a little while, so we need to step up. We need to win, it’s a close Premier League, they are a title rival, and we need to beat them.”