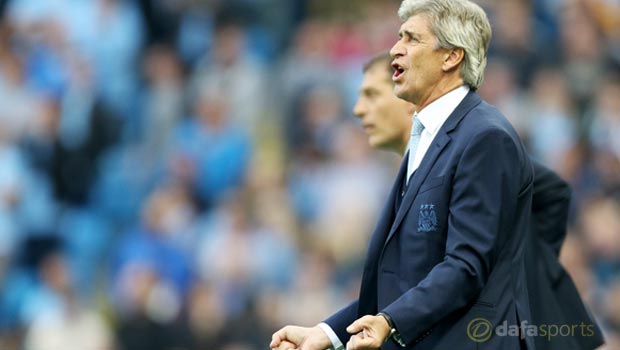 Manchester City boss Manuel Pellegrini has called on his side to respond to a “difficult week” after successive defeats at home.

The Premier League leaders were beaten 2-1 by Juventus in the Champions League on Tuesday and then slumped to their first league defeat of the season against West Ham, who also sealed a 2-1 win at the Etihad Stadium.

Pellegrini’s side had started the campaign with five successive victories, all without conceding a goal, and many felt the title was already theirs to lose, given the struggles of defending champions Chelsea.

However, the Chilean insists his side never believed the title was already won and he has now urged City to respond to the defeats by winning their next game, at Spurs on Saturday.

“We never believed that [City were marching unopposed towards the title],” he told Sky Sports News.

“We just focus on the next game. This was a very difficult week, starting in the Champions League and after that losing again.

“We never believed that because we won five games that we are the champions of the Premier League.”

City are now eight points clear of Chelsea and they remain the Premier League leaders, despite the defeat to West Ham.

Pellegrini’s side are the 1.53 favourites to win the Premier League outright and 1.83 to win at Spurs next weekend.

Chelsea are 8.00 to retain their title, while Arsenal are on offer at 6.00 and Manchester United are available at 9.00.