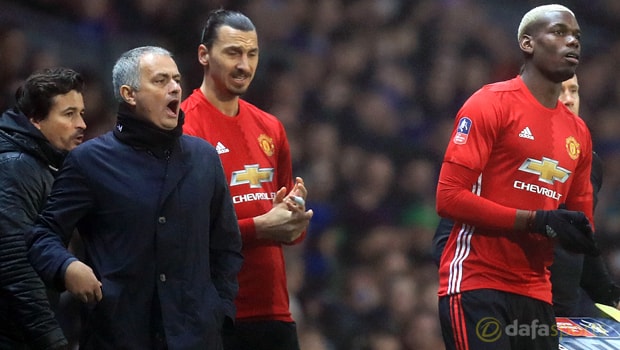 Manchester United manager Jose Mourinho is adamant that midfielder Paul Pogba will soon start to prove why they paid a world-record fee for him.

The former academy graduate returned to Old Trafford in the summer after leaving on a free transfer back in 2012.

After enhancing his reputation at the Turin giants, Pogba returned to Old Trafford for £89million plus add-ons.

His return has not gone as smoothly as some may have expected but Mourinho is still confident he will repay the club in the near future.

The former Chelsea boss said: “The scrutiny on him is hard, is difficult. But that’s the price of being who he is and is also the price of his price.

“I am pretty sure that next summer some players with only half his quality probably will cost the same money or more, so I am waiting for that moment to release him from the scrutiny.

“I am really happy with what he has been doing for us. He gives us an incredible balance and he is still very young.

He starts build-ups from the back, he recovers the ball and at the top of the pitch he is a guy that can score goals.

He can be fantastic and I think in a couple of years you will realise he was cheap.”

Following Sunday’s clash with Blackburn in the FA Cup, United take on Saint-Etienne once again in the Europa League.

Pogba will be expected to start in France as he tries to help the club win the competition and the Red Devils can be backed at odds of 4.20 to go all the way and lift the trophy.