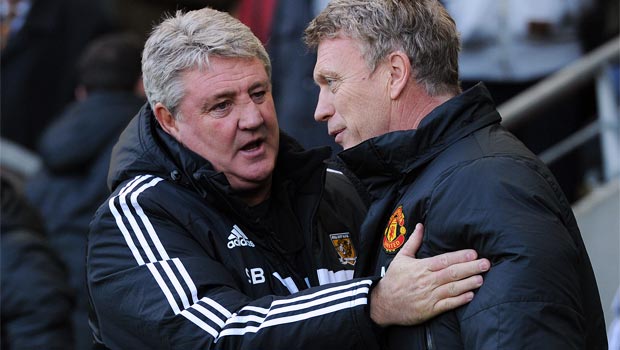 Hull boss Steve Bruce has given his full backing to David Moyes and is convinced the Scot has got what it takes to turn things around at Manchester United.

Moyes is struggling to prove he has got what it takes to replace Sir Alex Ferguson at Old Trafford following another disappointing home result, this time against basement club Fulham.

United were leading deep into stoppage time before some poor defending allowed Darren Bent to head home an equaliser for the visitors.

The result puts more pressure on Moyes, but former Reds defender Bruce says he has to be given time, and if that is the case then he will turn things around.

Bruce says whoever took over from Ferguson was going to have a tough time but expects his former employers to stand by Moyes after handing him a six-year contract in the summer.

“It’s particularly tough for David, but make no mistake, they’ll turn it around,” said Bruce.

“Even the really top class managers like David need time to stamp their authority on it.

“All of us in the game knew that whoever was going to follow Sir Alex was in for a difficult time.

“David has found it difficult, but given time, with the experience he’s got, he will turn it around, I’m convinced of that.

“I’m sure Manchester United will give him time. In their past and their history they’ve always done that and I’m sure that will never change.”

Next up for United is a trip to Arsenal, who are hurting after being hammered by Liverpool 5-1 at the weekend.