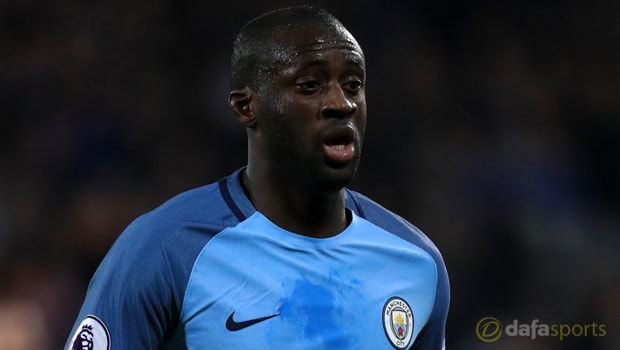 Manchester City midfielder Yaya Toure says it is crucial to support new signing Gabriel Jesus and has urged caution about getting too excited about the forward.

The 19-year-old was one of Pep Guardiola’s first signings during the summer but he remained with Palmeiras until the end of their season and only arrived in England last month.

The Brazil international arrived with a growing reputation after helping his nation to win gold at the Olympics and with four goals in six appearances for Brazil.

Jesus has had an immediate impact with City, who are priced at 13.00 to win the league, following his 32million euros move, with three goals in his first three appearances, two of them coming in Sunday’s 2-1 win over Swansea.

The forward’s performances have kept Sergio Aguero out of the starting line-up over recent weeks but Toure has called for caution over his treatment.

The Ivorian, who has played with some of the world’s best players during his time with Barcelona and City, says it is vital the teenager doesn’t have too much responsibility placed on his shoulders.

Toure said: “He is a very good player; very quick, sharp and clever.

We realise we have to be careful, though, and we shouldn’t get too excited because he has to be focused.

“What we want to do is just continue to keep going and, at the end of the season, we can talk about him. “We need to have young players because City are always a team who wants to win the league.

The mentality of the club is to try to get new players in and try to do as best as possible.

“When you see Kevin De Bruyne, David Silva, Jesus, Sane and Raheem Sterling playing well, you realise we have a great squad with some young players.”