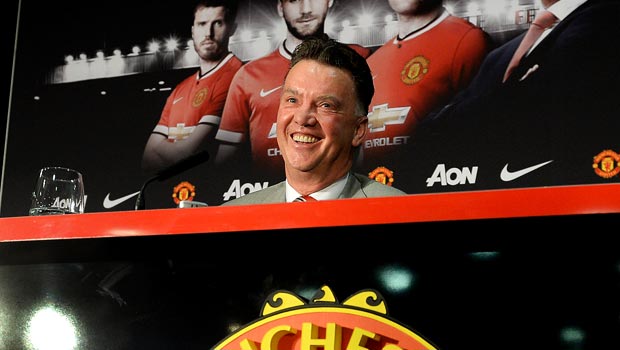 Louis van Gaal claims he has been amazed at how quickly Manchester United have picked up playing in his favoured formation following their 3-1 win against Real Madrid in the International Champions Cup.

The new Red Devils’ boss appears to have made an immediate impact on the squad since his arrival as David Moyes’ successor last month as they picked up a third pre-season win in front of nearly 110,000 fans at the Michigan Stadium.

An Ashley Young brace and a late Javier Hernandez header helped United to victory and a place in the final against big rivals Liverpool in Miami on Monday night.

However Van Gaal was quick to point out that the players have adapted well to his new 3-4-1-2 formation, particularly in the defence who were only beaten by a Gareth Bale penalty for Los Blancos.

Van Gaal, who utilised the same system with the Netherlands on their way to a third place finish at the World Cup in Brazil this summer,
said: “It’s amazing that you can pick up a new system like that.

“The greatest impact with this new system is on the back line. It’s amazing we had one chance against us in the first half, and two in the second.”

Van Gaal was also pleased with the victory against the European champions and feels it bodes well ahead of the new Premier League campaign which gets under way against Swansea at Old Trafford on August 16.

“It’s a very good result for us and it gives confidence to all the players,” he added.

“The game was not a friendly; I had the feeling that Real didn’t want to lose, which is why they started with Ronaldo a little bit earlier than we expected.

“We deserved to win. We are in the right way and we’re missing players like Marouane Fellaini, Adnan Januzaj and Robin van Persie.”

United, who are on offer at 5.50 to win the Premier League title, are priced at 1.39 to kick off their campaign with a win, while Swansea can be backed at 6.64 to ruin Van Gaal’s first Premier League game at the helm with the draw on offer at 4.35.