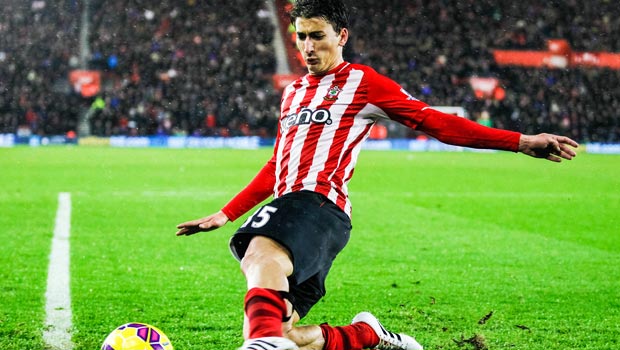 The 23-year-old joined the Saints on loan from Benfica on deadline day until the end of the current campaign and is already enjoying himself on the south coast.

The Serbian international made his debut for Ronald Koeman’s side during the 0-0 draw with West Ham last time out and is keen to help his new team-mates in their quest to finish in the top four of the Premier League.

He said: “I’m here to help the team reach the Champions League and after that it’s my goal to stay here if at all possible. I think we can reach the goals that we want at the end of the season.”

The former Heerenveen attacking midfielder admits he was surprised by just how good the current mood is at St Mary’s and is desperate to make his move to England a permanent one.

He continued: “The atmosphere at the club is really great because they haven’t been in this situation in a long time. I didn’t expect such a great club and that’s a good feeling.”

Next up for Djuricic and his Southampton team-mates is a home match with top-four rivals Liverpool on Sunday.

Just five points separate third-placed Manchester United and seventh-placed Liverpool in the table, with the Saints currently in the fourth and final Champions League spot.

The 23-year-old knows the importance of the match which could see the south coast club move seven points clear of Brendan Rodgers’ side in the table.

Djuricic added: “I like to play games under pressure with full stadiums and lots of attention. Playing against Liverpool is one of those games.”

The home side are slight favourites to win the encounter on Sunday at 2.40, with the Merseyside club available at 2.99. The draw is on offer at 3.14.