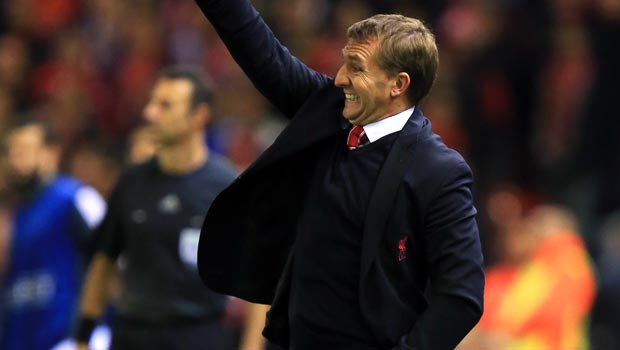 Liverpool manager Brendan Rodgers insists his men gave all they could as they were outclassed 3-0 by Real Madrid in the Champions League at Anfield on Wednesday night.

The Reds made a positive start to the game and enjoyed some early pressure with Steven Gerrard forcing a save from Iker Casillas.

However, it did not last long and the defending European champions eventually settled into the game with top scorer Cristiano Ronaldo leading the charge.

The Portuguese ace, who is hot on the heels of Raul’s record as the leading scorer in Champions League history with 71, broke the deadlock after 23 minutes when latching on to a chipped ball from James Rodriguez.

Karim Benzema grabbed himself a brace before the half was over with one headed effort and a tap in as Real took advantage of Liverpool’s inability to deal with set-pieces.

Rodgers admitted that his side have struggled to defend set-pieces this season and insists it is an area he is working on with the squad.

Rodgers said: “You can see Real’s quality. Speed, technique; you can see why they are champions. The second and third goals are from set-pieces again, it’s an issue for us and we have to be better than that.”

The Northern Irishman made one change at the break, bringing on Adam Lallana in the place of Mario Balotelli, who looked uninterested and failed to have much of an impact.

Despite playing the second 45 minutes without a recognised striker on the field, the Reds did put on a better display, creating a couple of good chances through Lallana and Raheem Sterling.

Rodgers added: “In the second half we were playing for pride, the players kept going, they didn’t stop – they were playing against a top-quality team.

“We defended poorly on one or two of the goals but I can’t ask for any more – we probably needed to get a goal in that opening period.”