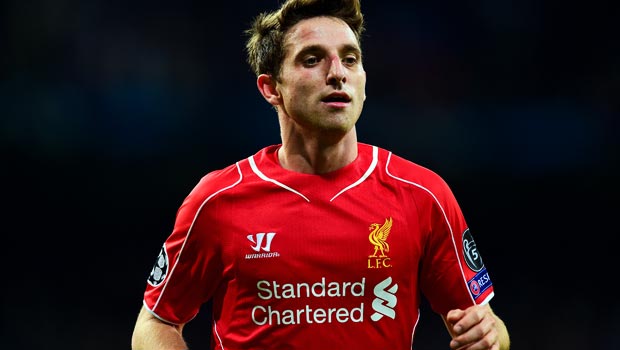 Liverpool midfielder Joe Allen is convinced his side can progress in the Champions League ahead of the visit of FC Basel on Tuesday.

The Reds side third in the Group B table and must win on Tuesday to secure qualification to the knockout stages having managed just four points in five games to date.

Basel, who won the reverse fixture 1-0 in Switzerland, are the side in second spot so a victory would ensure Liverpool’s progress, but Allen expects a stern test at Anfield on Tuesday.

Allen insists Liverpool will adopt a positive approach and seek to win the game from the outset, but he believes they may have to display patience and he has urged the crowd to stay behind the team throughout the match.

He told the club’s official website: “We might need that little bit of patience, but we want to make sure the crowd make it as tough a night as possible for Basel and that we throw everything at them.”

He added: “Of course, we’ll set our stall out to get the win from the very start, but it could be a case of being patient.

“It doesn’t matter when the goal comes, as long as we’ve got the win at the end. That’s all that matters.”

Steven Gerrard is expected to return to the Liverpool side after coming off the bench in the goalless draw with Sunderland at the weekend.

Liverpool are 1.77 to secure the win but they will again be without striker Mario Balotelli, who has a groin problem and fellow forward Daniel Sturridge, who is not expected to return until the New Year.

A draw is available at 3.72 and a Basel win is priced at 4.63, either of which would see Liverpool dumped out in the group stages.