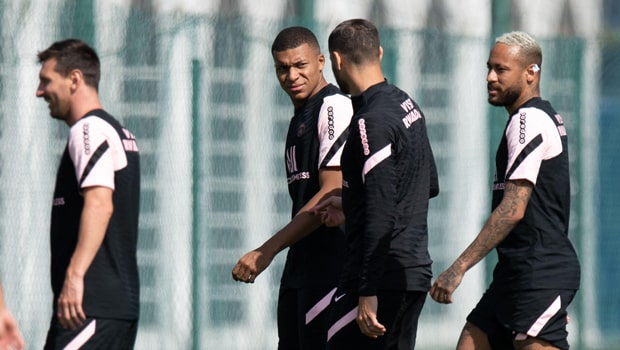 Kylian Mbappe’s wish to move to Real Madrid has hit another stumbling block after PSG made it clear that Real Madrid’s official bid of around €160m is not enough.

Paris Saint-Germain sporting director Leonardo revealed this on Wednesday while stating that the club will not hinder the player’s exit but the right price tag has to be met for that to happen.

“We do not consider the bid to be enough. I am not going to confirm figures, but it is around 160 million [euros], We have done everything for Mbappe to stay with us and with a week to go we are not going to change the plan. Kylian is the centre of the project, but he is not above it. But if he stays or goes, it will always be on our terms. If he wants to leave he will leave, but on our terms like any other player.” Leonardo revealed.

Real Madrid saw Sergio Ramos move to PSG during the summer after he ran out of contract at the Santiago Bernabeau.

They also recently sanctioned Raphael Varane’s move to Manchester United for a fee worth £34m while Martin Odeegard joined Arsenal for £30m.

Achraf Hakimi was also one of the summer recruitment after joining from Serie A champions Inter Milan.