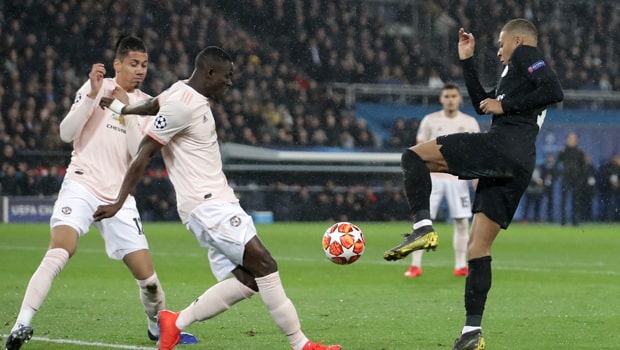 Kylian Mbappe has revealed he has not been able to sleep since Paris Saint-Germain crashed out of the Champions League against Manchester United.

The Ligue 1 champions saw their latest bid for European glory come abruptly to an end when they surrendered a two-goal advantage from the first leg against the Red Devils.

No team in Champions League knockout history had previously won a first leg 2-0 away from home and been eliminated, but that is exactly what happened as Ole Gunnar Solskjaer’s side won 3-1 at the Parc des Princes.

Romelu Lukaku twice took advantage of defensive errors from PSG to put United in the tie, with Juan Bernat scoring for the home side in between times. In stoppage time, a controversial VAR decision saw United awarded a penalty and Marcus Rashford made no mistake from the spot.

Two years ago Paris St-Germain beat Barcelona 4-0 at home in the last-16, only to lose the second leg 6-1 at Camp Nou.

Their latest collapse has cost World Cup winning forward Mbappe, who was poor in the game, plenty of agonising thoughts since.

“I’m stunned. We’d worked so hard to get to this point,” Mbappe told French TV channel TF1. “I haven’t been able to sleep. I’m pretty sure it’s been the same with everyone.

“Honestly, it’s hard to give it too much thought because the Champions League was our goal. The stadium was full for a magnificent occasion, we spoiled the party. We didn’t want to ruin it but in the end we did.”

The 20-year-old says it won’t lead to him wanting to leave the club he joined for £166m from Monaco last year, as he confirmed it is “guaranteed” he will be at the club next season.

“With this elimination and all the problems it’s going to create, there’s no point in my personal situation being added to it. So there, that’s clear and precise.”

Manchester United are 10.00 to win the Champions League this season, with Barcelona 5.00 and Manchester City favourites at 3.25.