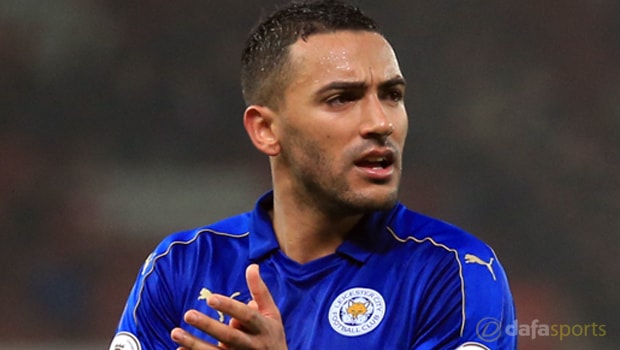 Leicester defender Danny Simpson believes his side have a great chance of progressing in the Champions League after snatching an away goal at Sevilla.

The Premier League champions were 2-0 down after 62 minutes on Wedneasday and it could have been worse as the hosts missed a penalty in the early stages.

Leicester were forced to defend for large periods but they grabbed a lifeline with just over 15 minutes remaining as Jamie Vardy scored his first goal since a hat-trick against Manchester City in mid-December.

Simpson admits the Foxes face a huge battle to reach the last eight but he is convinced his side can continue their European adventure.

He told LCFC TV: “We have to remember they’re a very good team and that away goal is very important for us. The way we performed and worked for Leicester City and the fans was massive for us.”

Leicester are involved in the relegation battle and they sit just one point above the bottom three, with the champions 2.63 to be relegated.

However, Simpson feels they can take confidence from their performance in Spain and he hopes Vardy can get back to his best form domestically after ending his barren run. He added: “We looked like a threat again on the counter like last season.

I’m happy for Vards, he deserved his goal and worked his socks off again. It was a great cross and that’s where he wants the ball putting – then he’ll score.

It was us from last season and, at 2-0 down away at a place like this, we kept going and we knew how important that goal would be.

“We’ve given ourselves a really good chance back home. These are the nights you want to play in. It’s a special place to come and it’s the Champions League.

You want to perform every week. We had to defend well tonight and we did. I love making those tackles and I love defending.

“I’m glad I could help the team. I know we conceded two but, for my part, I want to help the team as much as I can.”