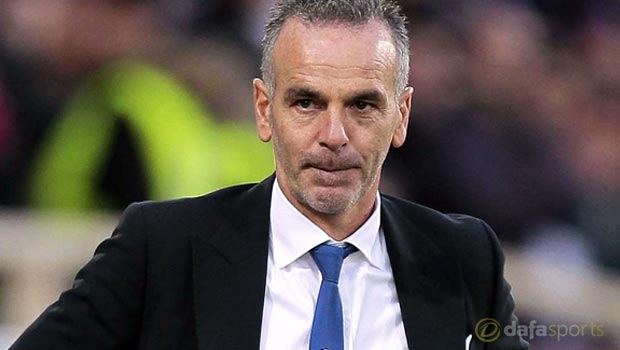 Coach Stefano Pioli admits he is desperate for Lazio to finish second in Serie A to ensure automatic qualification for next season’s Champions League.

The Romans are currently second in the Italian top-flight standings, with 59 points from 32 games played, but Roma – with 58 – and Napoli – who have taken 56 points to date – are snapping at their heels.

Only the top three from Italy qualify for Europe’s elite club competition, with the third-placed team facing the prospect of a two-legged summer qualification match.

It looks set to go right to the wire and Lazio will want to return to winning ways when they take on Parma at the Stadio Olimpico on Wednesday night.

They had won eight consecutive Serie A games before a 2-0 loss to champions Juventus, while a 1-1 draw with Chievo last time out saw the chasing pack inch closer.

They still have the likes of Inter, Sampdoria and Roma to play, with the prospect of a huge clash with Rafa Benitez’s Napoli on the final day of the season.

Depending on how results go, that might well determine if they play in the Champions League next term and, with that in mind, Pioli pulled no punches in his assessment of what his charges need to do between now and the end of the season.

“We want to win all of our remaining six games,” he told reporters at Tuesday’s press conference. “We are preparing well for tomorrow’s match, with concentration and tranquillity.

“There are no easy games in Serie A and we know we have six finals left to play.”