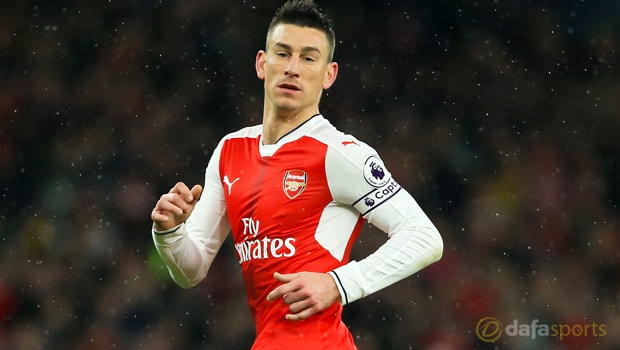 Defender Laurent Koscielny has conceded that out-of-form Arsenal are currently lacking in confidence.

The Gunners have lost back-to-back Premier League games against Watford and Chelsea – results that have all-but-ended their title hopes for another season.

Arsene Wenger’s side have managed only three wins from nine league games stretching back to early December and they are now 12 points behind table-topping Chelsea.

According to Koscielny, they are in need of some wins to get their confidence back up.

In an interview with French television, the central defender also appeared to question Wenger’s team selection for the 3-1 loss at Stamford Bridge.

“I think we played certain players after others and I think we should have played more as a team and with much more movement,” said Koscielny.

“There was space, because they allowed us lots of space, after which they wanted to hit us on the counter. “We must stay together, pick ourselves up and then the confidence and victories will come back.”

Arsenal have slipped to fourth spot in the league table, with Liverpool and Manchester United on their coat-tails, but Koscielny is still looking upwards rather than down.

“We need to come back to the quality of our game; our passing and movement.”

Arsenal are 51.00 to win the Premier League this season while the Gunners are 1.29 to win their next game at home to Hull on Sunday.