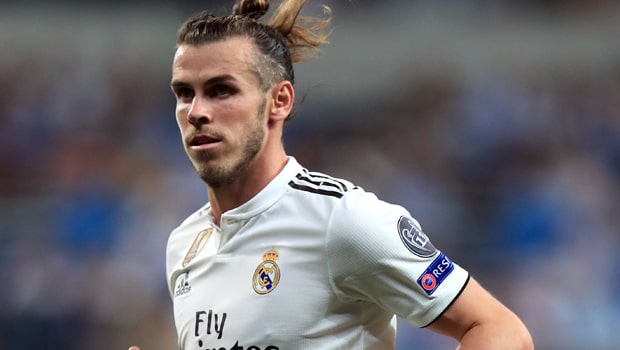 Former Real Madrid president Ramon Calderon suggests Gareth Bale’s current situation at the club is like a ‘soap opera’, with nobody quite sure how it is going to end.

Bale has fallen out of favour since Zinedine Zidane returned as manager of the Spanish giants.

He didn’t appear in any of the last three league games this season and, despite slipping to a 2-0 home loss against Real Betis in their final La Liga outing, Zidane stressed afterwards he wouldn’t have summoned Bale from the bench even if he was permitted a fourth substitute to do so.

Reports suggest Bale will leave the Bernabeu this summer, though it remains unclear how Real will offload their record signing, should they choose to go down that road.

Having joined for £85.3m from Tottenham in 2013, Bale was expected to be heir to the throne when Cristiano Ronaldo moved on. Bale has won four Champions Leagues, La Liga and the Copa del Rey during his six years at the club but Zidane says he ‘doesn’t fit’ in his team.

The situation is leading to an impasse between the manager and president Florentino Perez, says Calderon.

“Nobody knows how the soap opera is going to end because president and coach have different opinions in criteria,” he said.

“[Bale] is his highest signing ever and he doesn’t want to accept that he was wrong when he thought that Gareth Bale could be the leader of this team when Cristiano left.”

He added: “Zidane left it clear, and he did last year, when he decided to resign because the president didn’t accept his decisions.”

Bale’s former side Spurs are 3.80 to win the Champions League final against Liverpool in Madrid on June 1. The Reds are favourites at 2.00 while the draw is 3.40.