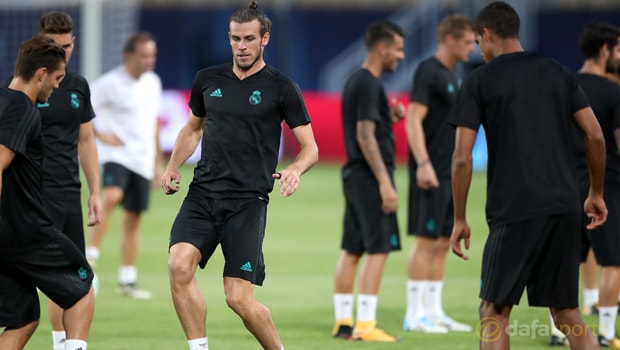 Real Madrid ace Gareth Bale insists winning trophies is what motivates him rather than being regarded as the number one player at the club.

The Wales international has won 10 major honours – including the Champions League on three occasions – since joining Los Blancos from Tottenham in the summer of 2013.

Injuries have restricted the 28-year-old in recent times and he only came on as a late substitute during last season’s Champions League final success against Juventus.

That lack of consistent match action, coupled with the emergence of Isco and Marco Asensio, has led some Real supporters to concede they would be happy for Bale to leave the club.

The former Tottenham star was heavily linked with a move to Manchester United during the summer,but he has always reiterated his desire to remain at the Bernabeu, insisting that winning trophies is far more important than being regarded as Real’s top dog.

“I think the main thing, when you look back on your career, is that you look at your trophies.

In the end that’s probably the most important thing,” Bale told the Daily Mail.

“I don’t really look into things like that [number one status]. Some people do, some don’t.

I’m not too bothered. I just want to go out on to the football pitch and enjoy my football.”

Bale has featured in all three of Real’s La Liga matches so far this season and will be hoping to play an integral role when Zinedine Zidane’s side get their Champions League campaign underway with a home match against APOEL on Wednesday.

Real are priced at 1.03 to kick off their European title defence with a victory while APOEL are available at 67.00. The draw is on offer at 13.00.