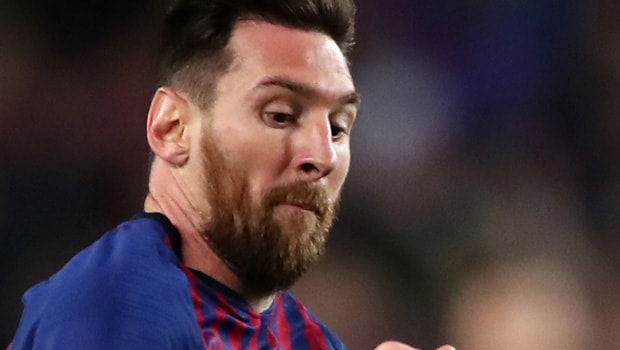 Lionel Messi will miss Barcelona’s game against Eibar in the Spanish La Liga on Tuesday due to an ongoing treatment on his right ankle.

On its official website, Barcelona said that Messi is expected to return to training after the game scheduled for December twenty-nine, 2020.

Messi has scored ten goals in eighteen outings for Barcelona in the 2020/2021 campaign, which is his worst start in the last thirteen seasons.

He recently surpassed Brazil’s Pele as the highest goal scorer for a single club after he netted his six hundred and forty-fourth goals for Barcelona in the club’s three zero against Real Valladolid.

The thirty-three-year-old is expected to leave Barcelona at the end of the season when his contract with the club expires.

Furthermore, Barcelona already has a growing injury list with Ousmane Dembele, Ansu Fati and Gerard Pique, and Sergi Roberto on the injury list.

Barcelona is eight points over the top of the La Liga after 14 games this season, sitting in the fifth position.

Ronald Koeman’s men are behind both Madrid clubs who sit first and second, with Real in second place on goals difference.

Real Sociedad and Villarreal are in 3rd and fourth respectively with the latter 2 points above Barcelona.

Barcelona is on a four-match unbeaten run winning three of their last four matches in the La Liga.

They have also qualified to the next round of the UEFA Champions League after finishing second in the group behind Juventus which also had the Dynamo Kiev of Ukraine and Ferencvaros of Hungary.

They’ve also been drawn against Paris Saint-Germain of France in the last 16 of the UEFA Champions League.

It is a remake of their 2017 UEFA Champions League knockout tie, in which Barcelona triumphed after a remarkable comeback.

Meanwhile, yesterday Messi’s interview with Jordi Evolve was published. In the interview, Messi spoke about his time at Barcelona, his transfer saga, and relationship with his teammates. Everything points to Messi staying with Barcelona until the summer and then perhaps going off to the MLS.