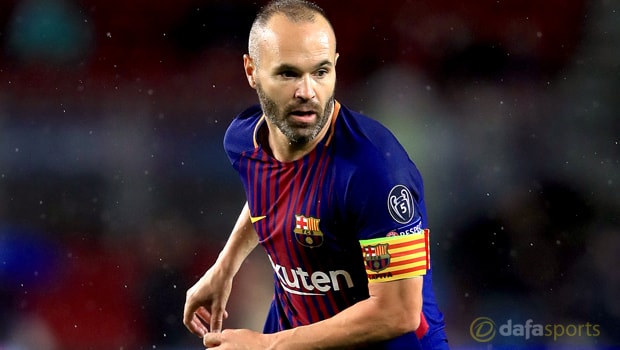 Andres Iniesta will leave Barcelona at the end of the season but he has confirmed he would like to return to the club in some capacity in the future.

The Spain international has spent his entire career to date at Camp Nou, amassing nearly 700 appearances and winning 32 major trophies since making his debut in 2002.

It was confirmed last month the 33-year-old will bring his illustrious Barcelona playing career to a conclusion at the end of the season, although he has now revealed that he would like to return to the club in the future to pass on the knowledge he has gained throughout his career, “Let’s see how everything goes because it has been a difficult decision and it’s not easy to leave here,” Iniesta told Mundo Deportivo.

“Hopefully, I can come back one day and transmit what I have learned and what I think is positive for the club, the people in the youth set-up and the first team.” The midfielder is yet to confirm what his next career move will be, although reports have linked him with moves to China, Japan and Australia.

Wherever he ends up, Iniesta is looking forward to the next stage of his career, He added: “I now have a challenge, a new experience on a personal and family level, and I’ll have made two very important journeys in my life: from Fuentealbilla to Barcelona and from Barcelona to who knows where.”

Iniesta’s penultimate match in Barca colours is set to come when the Blaugrana visit Levante in La Liga on Sunday.

Barca have already wrapped up the title and they are priced at 1.30 secure another three points from Sunday’s contest, while Levante are available at 8.50 and the draw is on offer at 5.25.