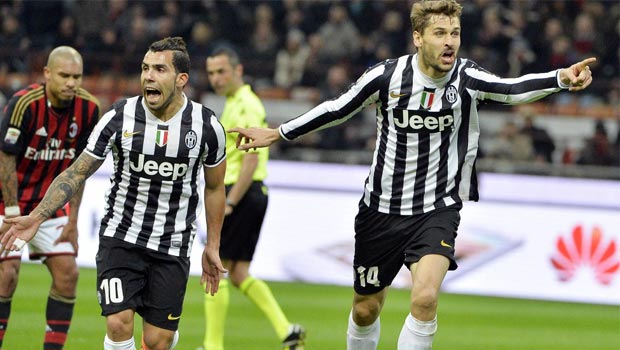 Juventus striker Fernando Llorente believes Sunday’s clash with AC Milan could be “decisive” in the Serie A title race.

Antonio Conte’s men currently sit eight points clear of second-placed Roma and having also won the league in each of the last two seasons, are widely expected to make it a hat-trick of titles since the boss took over in 2011.

However, Sunday’s clash at the San Siro has the potential to be extremely tricky for the Bianconeri, with Milan improving massively since Clarence Seedorf took charge in January, losing just once in the league under the Dutchman, a run that has seen them move back into the top half of the table.

With Juve also having played in the Europa League on Thursday, there is also a chance they could be hampered by fatigue, although they are still ahead in the betting, currently priced at 2.15, with the draw at 3.31 and their hosts at 3.54.

An 11-point lead at the top of the table would undoubtedly give Juventus a huge advantage in their bid to win the title and Llorente admits that a victory in Sunday’s clash with the Rossoneri could be huge for his team.

“We do not fear anybody and are going to San Siro in order to win, even if Milan are improving under Seedorf,” the 29-year-old told Sport Mediaset. “We know how important this game is, as it’s a decisive game for the Scudetto. Milan are a good team, but we have no concerns.

“Our aim is to win the title and for that a win at San Siro is crucial. We are the team to beat and it won’t be easy for anyone.”