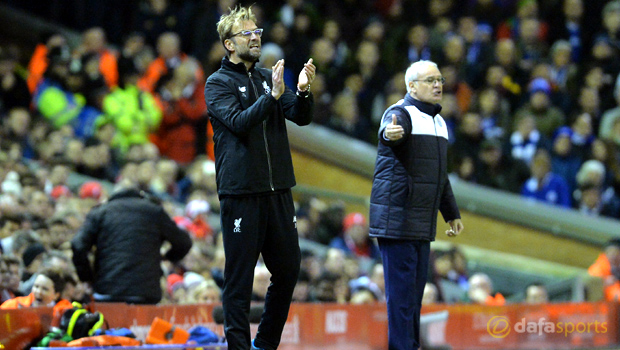 Jurgen Klopp says he has no time to talk about Liverpool finishing in the top four this season after his side downed league leaders Leicester 1-0 at Anfield.

Liverpool ended a run of three league games without a win thanks to a Christian Benteke strike, as the Reds became the first team this season to stop Claudio Ranieri’s men from scoring in a Premier League game.

The win lifted Liverpool up to eighth in the league table, five points adrift of Tottenham in fourth spot.

Klopp has already had his say on the busy schedule the Premier League deploys around Christmas and the German says he has no time to consider Liverpool’s push for the top four with a trip to Sunderland next up on Wednesday.

Asked about Liverpool’s ambition to finish in the top four this season after the win over the Foxes, Klopp told reporters he was not interested.

“You cannot believe how uninteresting this is for me at this moment,” he said.

“We don’t have to dream, there is no time, we cannot even celebrate a win. We cannot really feel bad after a defeat, because we don’t have time, we always have to stay up and be concentrated on the next game.

“Talk about it all you want, I’m not interested in this moment.”

Klopp also paid tribute to match-winner Benteke after he sprung from the bench to replace Divock Origi during the first half and eventually net the all-important winning goal.

“For Christian it was really, really difficult for him to come into the game,” he said. “Second half he was brilliant for the team.”

Liverpool are 2.50 to finish in the top four this season and the Reds are 1.70 to win at Sunderland on Wednesday.