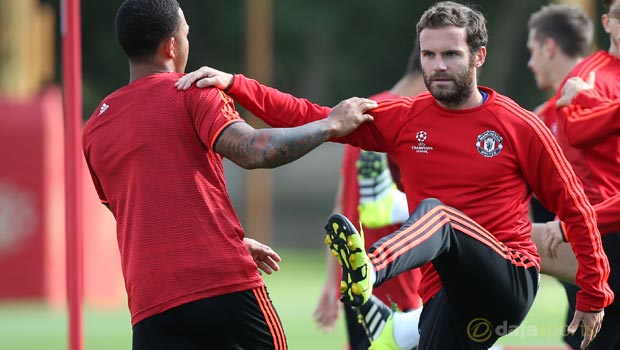 Juan Mata says Spain have set themselves the challenge of winning a third straight European Championship in France next summer.

The Manchester United star was part of the squad that retained their title in Poland and Ukraine three years ago, scoring the last goal in the 4-0 win over Italy in the final.

However, since then they have endured some traumatic times, most notably crashing out in the group stages while looking to defend the World Cup in Brazil in 2014.

This led to somewhat of a changing of the guard in the squad with former midfield stalwarts Xavi and Xabi Alonso retiring from the international stage.

Vicente del Bosque’s men currently sit second in Group C but could go to the top of the pool by beating current leaders Slovakia on Saturday before travelling to face Macedonia on Tuesday.

They understandably have bigger targets though, most notably Euro 2016 which they are 6.50 to win.

The 27-year-old admits these are exciting times for La Roja and says everyone in the squad is confident they can once again conquer Europe next summer.

“This generation of players can achieve great things and repeat past successes,” he told reporters. “We want to win another European Championship.”

Saturday’s match takes place in Mata’s hometown of Oviedo and the playmaker will be desperate to make an appearance.

Spain are currently the comfortable 1.22 favourites to win the match, with the draw 6.00 and the visitors 15.00.