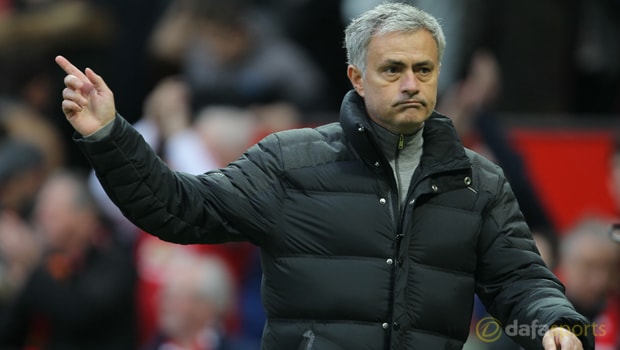 Jose Mourinho says his Manchester United side need to ensure they carry their momentum into Tuesday’s EFL Cup semi-final with Hull.

The Red Devils, who are the 2.20 favourites to win the tournament, host the Tigers in the first leg of the tie and will be looking to seal a comfortable victory after brushing aside Reading 4-0 on Saturday in the FA Cup.

A brace from Marcus Rashford, plus strikes from Anthony Martial and Wayne Rooney, who equalled Bobby Charlton’s club record in the process, booked their place in the fourth round and extended United’s winning run to eight in all competitions.

With them also being unbeaten since the start of November, Mourinho’s men finally appear to be getting to grips with his philosophy after a sticky start under the Portuguese.

The 53-year-old is refusing to get carried away though and says they still have work to do.

Mourinho has now called on his players to focus their attentions on Tuesday’s match, with a trip to Wembley his main priority.

“We played well and I would say that we’re not playing better than we did in some matches where we couldn’t win,” he is quoted as saying by the Manchester Evening News.

“Obviously, it’s amazing for us to play well and be winning. It’s a very important period for empathy, for belief, for creating – it’s a very strong group.

“I think everyone’s happy, but there’s no time to rest. Tuesday’s another match. It’s very important for us because it’s a semi-final – we want to go back to Wembley.”

United are strong 1.18 favourites to win on Tuesday, with the draw 6.50 and the Tigers priced as the 13.00 underdogs.