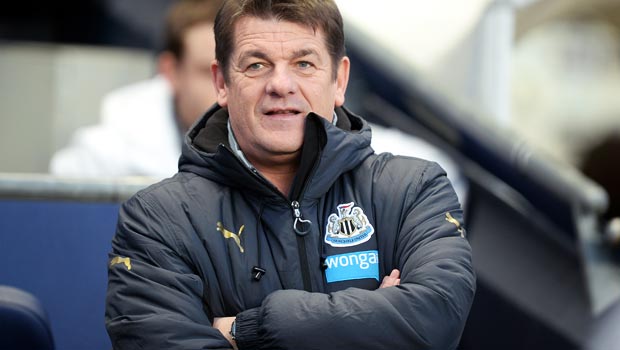 Newcastle United’s interim boss John Carver says the club are already at an advanced stage with regards to strengthening the playing squad this summer.

Carver has been given charge of first-team affairs until the end of the season in the wake of Alan Pardew’s departure for Crystal Palace.

His team came in for criticism following a 3-0 defeat to Everton last weekend, with some pundits claiming Newcastle looked like a team already in ‘summer holiday mode’.

Carver reacted to those comments with anger and suggested the Geordies will be out to prove them inaccurate in Saturday’s home clash with Arsenal.

However, he goes into that game against the Gunners with just 13 outfield players available – including just one recognised centre-back.

Carver admits it is a cause for concern.

“It’s a difficult situation. I’ve spoken to [managing director] Lee Charnley, who has obviously spoken to Mike [Ashley, owner], and they acknowledge the fact that we’re a little bit short at the back, and particularly at centre back,” said Carver.

“I’ve seen who we are looking at and, without going into detail, there’s a lot of work going on behind the scenes. This football club will invest in the summer, because it needs it,” he added.

Carver has made no secret of his desire to take over as manager full-time and he believes his involvement in transfer strategy and planning to be a positive sign.

“I’m excited by the fact that I’ve been part of the process, that’s the first thing,” he said. “I’ve seen the players, and they’re good players.”