Javier Mascherano: ‘Job not done yet’ 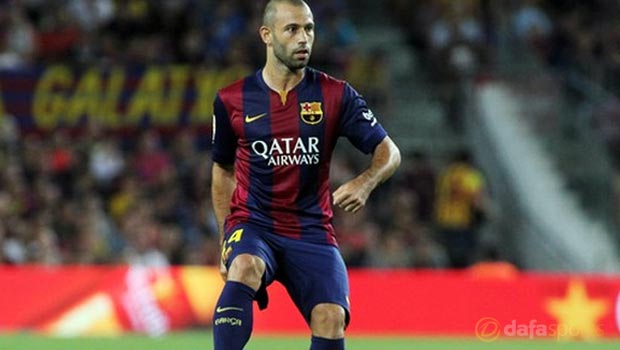 Javier Mascherano says there is still work to be done despite Barcelona crushing Bayern Munich 3-0 in their Champions League semi-final first-leg clash at the Nou Camp.

Bayern looked on course to take a 0-0 draw back to the Allianz Arena for the second leg until three goals in the closing stages of the tie put Barca in full control.

Lionel Messi was again the hero with a brace on 77 and 84 minutes before Neymar struck deep in stoppage time to wrap up an impressive victory on home soil.

Barca would appear to have one foot in the Champions League final following the win but Mascherano says the Catalans will not be taking anything for granted heading into the return leg.

Bayern have shown they can crush sides on home soil this season and Mascherano says they have to go into the clash with the correct mental attitude or they could come unstuck.

“We have Messi so it’s an advantage for us,” Mascherano said after the game.

“I think it was a very tight game. Difficult, but we have the biggest chances to score. I think we played the game that we wanted to play before the game so we are really happy.

“Now we know how difficult it will be in Germany. It’s a good advantage but it is not done. It’s not done. Now we have to go in with the same mentality that we have today and try to do our job.”

Mascherano was also full of praise for Messi, who again stole the show, and admits he could again be needed in the return leg.

“He’s a player that is impossible to describe him,” he added.

“It’s just, you have to watch him. So we are happy, we are happy because it’s a good result but we need to think about the next week and try to do our job to be in the final.”