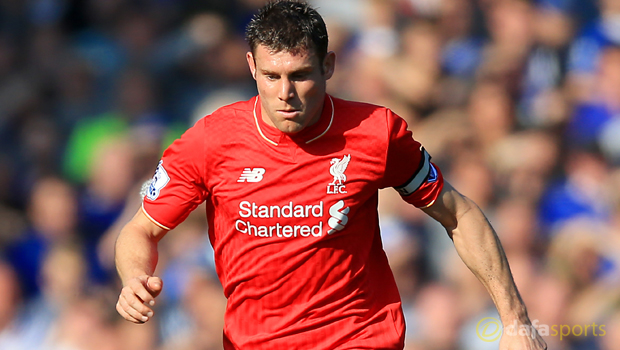 James Milner insists Liverpool are not far away from getting things right but admits an improvement is needed ahead of their League Cup clash against Bournemouth on Wednesday.

The Reds, who recently appointed Jurgen Klopp as their new manager after sacking Brendan Rodgers, have endured a frustrating start to their season on both the domestic and European stage.

Eight draws in their last nine outings across all competitions have left the club ninth in the Premier League – eight points adrift of table-toppers Manchester City – and second in Europa League Group B.

The arrival of the German manager, who was previously at Borussia Dortmund, has got the fans excited but three games without a win has slightly dampened the spirits.

A late Sadio Mane equaliser for Southampton on Sunday ensured the Saints left Anfield with a share of the spoils and the Reds’ inability to keep a clean sheet is becoming a slight worry.

Milner, who was named vice-captain after joining from Manchester City in the summer, is confident the form will be turned around and insists progress is being made.

“We’re not that far away,” he said. “We’ve only lost two games this year. We have drawn eight of the last nine or something ridiculous like that.

“We’re not a million miles away. We know we need to improve and know we can improve. We feel we can perform a lot better but we’re not losing the games, looking on the positive side.”

Liverpool will be hoping to get Klopp up and running with a victory over the Cherries, with the Reds undefeated in all seven previous meetings between the pair.

A 1-0 win at the start of the season against Eddie Howe’s men should provide a good mental boost heading into the clash and home advantage could also be key.

With the Anfield faithful behind them the hosts have been installed as 1.44 favourites to win, the draw is available at 4.50 while the visitors are a big outside chance at 7.00.