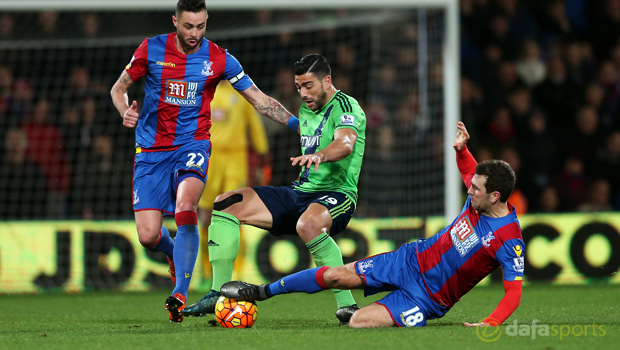 James McArthur is hoping Crystal Palace can use the momentum gained from their recent matches to pick up valuable points across the busy festive period.

The Eagles started the season in fantastic fashion, winning three of their opening four matches, and Alan Pardew’s men were at one stage challenging for top spot in the Premier League.

However, there was a slight blip in October as the club suffered back-to-back defeats against West Ham United and table-toppers Leicester City.

Palace refused to let their charge for a European position fade away and only one loss in their last five outings has left the side in sixth position, just three points behind fourth-placed Manchester United.

The most recent outing was a hard-fought 1-0 victory over Southampton and, despite the performance not being the most attractive, being able to win ugly was a big positive.

McArthur has been a vital member of the first team this season and the Scotland international has featured in every league game.

Palace face Stoke, Bournemouth, Swansea and Chelsea in a hectic festive fixture list and the 28-year-old is confident his side can put together a good run and climb further up the table.

“We’re on a good bit of momentum at the moment and we need to continue it through Christmas,” he said. “It will be a tough spell for us all but we’ve got games we feel we can win, and we want to win as many as possible.”