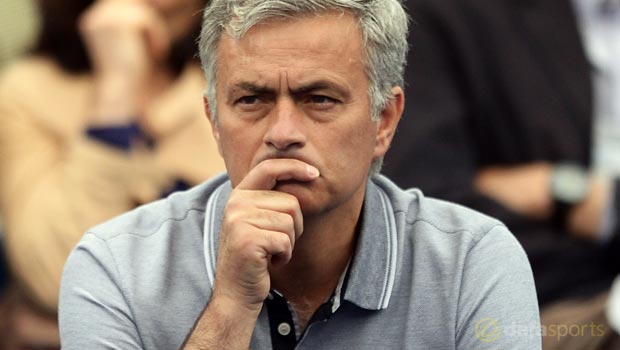 Chelsea boss Jose Mourinho admits he has doubts over whether or not Gary Cahill and Diego Costa will be fit for Sunday’s Community Shield against Arsenal.

The Blues continued their decent pre-season form on Wednesday with a penalty shoot-out win over Barcelona in Washington DC and will now return to London to put the finishing touches on their preparations for the upcoming campaign.

However, they are still waiting on injury news concerning Cahill and Costa after the pair both picked up knocks against the Blaugrana.

The England defender was dragged off with a suspected broken nose after netting his side’s equaliser on 85 minutes, while the striker had to be replaced by Loic Remy with what looked like yet another hamstring problem.

Mourinho is confident that neither of the injuries are too serious, although he admits to being unsure other whether the pair will be fit to face Arsenal in Sunday’s traditional season curtain raiser.

“Cahill has a chance of a broken nose, maybe yes, maybe no,” Mourinho told the club’s official website. “If no, perfect. If yes, he will get a mask tomorrow to be ready for Sunday.”

“Diego felt a little thing in his hamstring. We believe it is just a feeling, no more than that, but we have to wait.” Chelsea are currently 2.50 to win at Wembley, with the draw after 90 minutes 3.30 and Arsenal 2.88

Both sides will be hoping for a positive result to give them an early psychological boost ahead of the Premier League season, with the Blues the 2.50 favourites to defend their title, while the Gunners are a slightly longer 5.00.