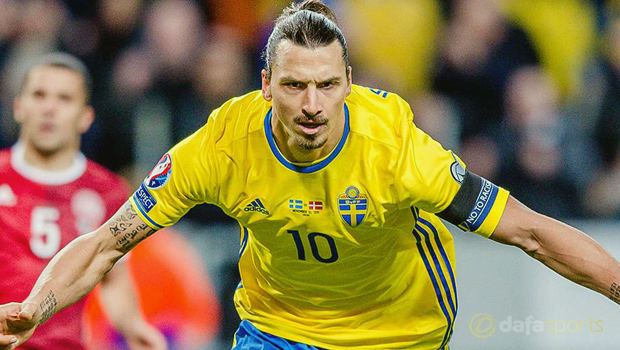 Zlatan Ibrahimovic insisted Denmark’s late goal meant nothing as Sweden emerged with a 2-1 success in their Euro 2016 play-off first leg in Solna.

Ibrahimovic continued his rich vein of form by converting a second-half penalty after Emil Forsberg’s opener for the Swedes in the opening 45 minutes.

However, Nicolai Jorgensen pulled one back inside the final ten minutes to slightly dampen Sweden’s spirits, but Ibrahimovic is not concerned.

“We won, but we were tired by the end. Now we have one match out of the way and we won, at home,” he told TV5. “It feels like we could have scored several more goals, but now the match is done. We won, and 2-1 is a good result.

“We left a strong effort behind and their goal doesn’t mean anything. Now we just have to focus fully ahead of the second match.”

Tuesday’s second leg in Copenhagen will be the 105th meeting between the Scandinavian rivals and it could yet be the last game in charge for Denmark coach Morten Olsen.

He won 102 caps as a player and has coached Denmark since 2000, reaching four major finals, but announced earlier in the year that the Euro 2016 campaign will be his last.
Olsen was not unduly concerned at having come off worst in the first leg.

“We’re never content to lose, but we can be satisfied with 1-2,” he declared afterwards.

Denmark had Leicester keeper Kasper Schmeichel to thank for a strong first half display in Solna that ensured the hosts did not hold a telling advantage before Forsberg scored just before the break.