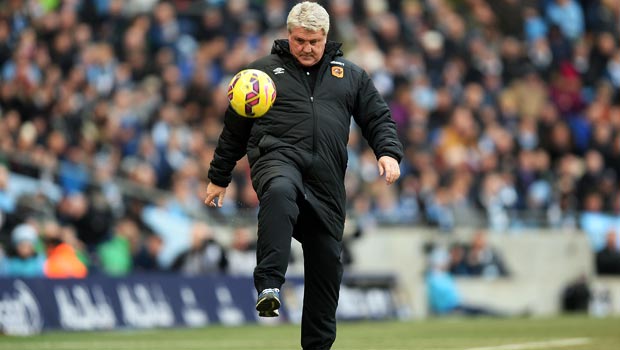 Hull City manager Steve Bruce plans to use his new contract to help build a lasting legacy at the Premier League club.

Bruce is in his third season with the Tigers after clinching promotion to the English top division at the first time of asking and cementing their place in the top-flight while reaching a first ever FA Cup final last year.

The former Sunderland boss and Manchester United player yesterday agreed terms on a new contract at the KC Stadium, believed to be a three-year deal until the end of the 2017-18 season.

The 54-year-old, who previously operated on a one-year rolling contract, is now hoping he can use his guaranteed extra time with the East Yorkshire outfit to build a stable Premier League club.

“We have to build the club the best we can and have something in place so Hull City will always be a Premier League football club,” Bruce is quoted as saying by the Hull Daily Mail.

“We’ve had a great two or three years, the big thing we need is to carry that on and that has to be my aim, to establish us as a Premier League club.”

First, however, Hull must avoid the drop this season with the Tigers currently five points above the bottom three with ten games remaining and Bruce is happy to get his contract situation out of the way.

“Once I made the decision to stay, I’m delighted to do so,” he added. “I’ve had terrific support from the owner and from the supporters, who have been fantastic with me.”

Hull are priced at 3.48 to celebrate Bruce’s new contract with a win on Saturday against bottom club Leicester, who are 2.12 to take all three points.