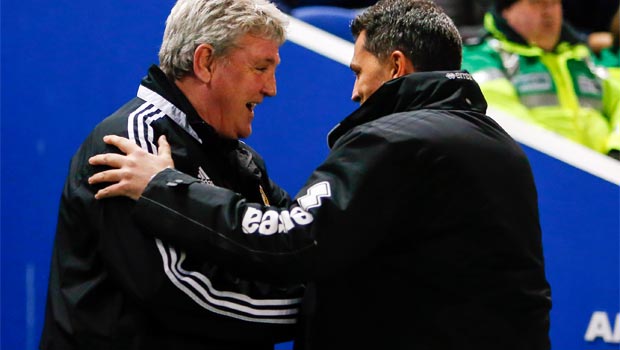 Hull City boss Steve Bruce is now dreaming of a trip to Wembley after his side booked their place in the FA Cup quarter-finals with a 2-1 win over Brighton.

The Tigers sneaked through at the KC Stadium after first-half efforts from Curtis Davies and Robert Koren, but they were made to work hard after Leonardo Ulloa’s 68th-minute header.

Davies’ looping header and Koren’s deflected free-kick looked to have killed the tie but Brighton eventually sparked into life after the break.

Lewis Dunk hit the crossbar with a powerful effort but Hull City managed to hold on after Ulloa’s header found the back of the net.

They will now take on Sunderland in the quarter-finals with a trip to Wembley at stake. Bruce’s side will be full of confidence after already beating them twice in the Premier League this season.

Hull have only appeared in the quarter-finals on five occasions, and they reached the semis for the only time 84 years ago.

Despite their poor record, Bruce is dreaming of a trip to north-west London.

“We’ve given ourselves a wonderful chance. It’s a nice position to be in and now we’ve got to see if we can make it a really memorable season. (Wembley) is a wonderful occasion and, when you sit back in your cardigan and slippers, you remember the FA Cup. I’ve been fortunate enough to win it and it would be nice to go back there again if we possibly could.

“It’s all to play for. We’ve got to beat Sunderland yet but (Wembley) is a wonderful day out – the best day you’ll have as a player or a coach. But more importantly it’s for the supporters – if they can get that it’s terrific.”

Before their FA Cup clash, Bruce’s side will face Newcastle United in the Premier League on Saturday and they are priced at 2.27 to pick up all three points, with the Magpies available at 3.29 and the draw at 3.07.