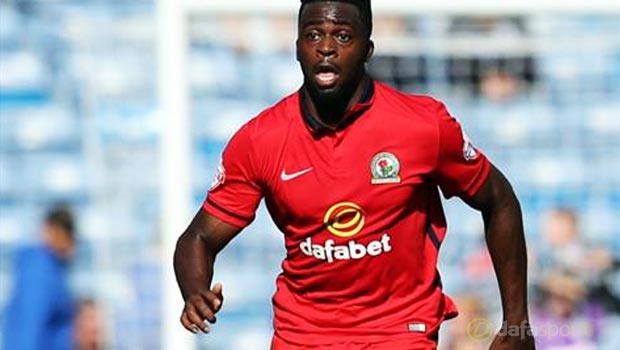 Blackburn Rovers are set to be boosted by the return to fitness of Hope Akpan ahead of Sunday’s return to Championship action against Fulham at Craven Cottage.

The 24-year-old Nigerian midfielder, who joined Rovers on a free transfer this summer after having his contract terminated by Championship rivals Reading, missed the goalless draw against Bolton at Ewood Park last time out because of an ankle injury.

However, the current two-week international break has given Akpan the time required to recover from the problem and he was back on the training pitch with his Rovers’ team-mates on Monday.

As a result, boss Gary Bowyer should be able to include him in his plans for the game against the Cottagers as Rovers look to pick up their first league win of the season at the sixth attempt.

Akpan told the Lancashire Telegraph: “I was upset about not being able to participate in the Bolton match but that’s just part and parcel of the game.

“I’ve been back training during the international break so I’m just trying to get back fully fit and be ready for selection against Fulham on Sunday.”

Akpan has made a decent start to life as a Rovers player and he has vowed to the club and fans that there is still plenty more to come from him this season.

He added: “I wanted to try and hit the ground running and I feel I’ve done okay.

“I still feel there’s plenty more to come, I’ve still got a lot more to give, and hopefully the team can start getting the results that we need.”