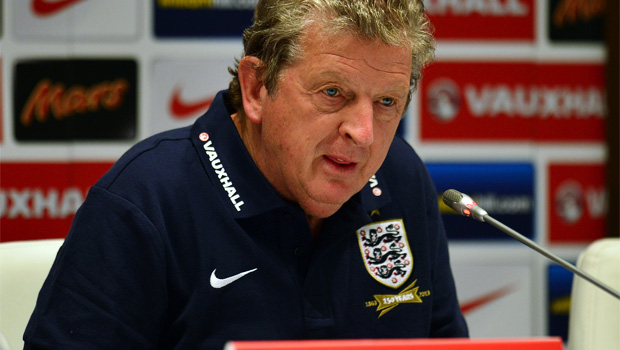 Roy Hodgson has admitted that the pressure is on his England players as they prepare for a crucial qualifier in Kiev against Ukraine.

A defeat on Tuesday night could see their chance of qualifying for the 2014 World Cup slip, but a win or a draw will put the Three Lions within touching distance of reaching the tournament which starts next June.

Hodgson has confirmed that there will be just one change to his starting XI that beat Moldova 4-0 on Friday night, with Rickie Lambert set to lead the line because Wayne Rooney, Danny Welbeck and Daniel Sturridge are out.

Lambert became the first England player to score in his first two games since Peter Taylor 37 years ago, and Hodgson will be hoping he can fire again in Kiev. The former Liverpool boss admits the pressure is on his side, but he is hoping his players make their mark.

He said: “Of course there is pressure. We are getting closer to the situation where we are either going to achieve our goals and qualify for the World Cup or we are going to fail.

“You cannot get away from that. But what does discussing and admitting it do?

“What would you like me to say in answer to the question? I don’t feel any pressure and I couldn’t care less? Or I can’t sleep a wink and I’m frightened to death we are going to lose?”

“If you’ve got ambition to do your job well the fear that things might not go the way you’d want them to is always there.

“Sometimes you’ve got to be bold enough to trust in what you can do.”