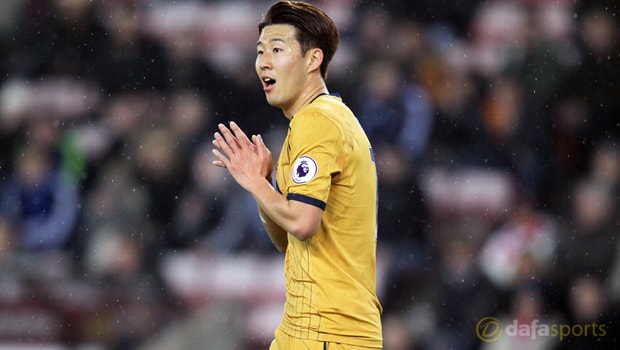 Heung-min Son has praised Tottenham boss Mauricio Pochettino by insisting he has created the perfect atmosphere at the club.

The South Korea international was Spurs’ hero as they overcame Wycombe in the FA Cup at the weekend.

Son had been on the verge of leaving White Hart Lane for Wolfsburg last summer, only to change his mind after a last-minute conversation with Pochettino.

He has revealed his admiration for the manager and the way in which the Argentine has fostered an outstanding team spirit.

“Every young player wants to go one step or two steps more for him,” Son told Sky Sports.

“When I see the training session I see that everyone is hungry, I can see in everyone’s eyes that they are on fire, and that makes me really motivated in training and to play under him.

“Everyone is like family and we try to help each other.

If someone is going through a bad time, then we try to push him, make him in a good mood and confident.”

Spurs, who face Sunderland in the Premier League on Tuesday night, have been handed a London derby against Fulham in the last 16 of the FA Cup while they also have a Europa League last-32 tie with Gent on the horizon.

Chasing down Premier League leaders Chelsea is the ultimate goal and Son insists Spurs are determined to do well on all three fronts.

“In the league we have been doing very well until now, we just have to look forward game to game, this is so important.

And then the Europa League starts again soon and the FA Cup we take seriously, too,” he added.

Spurs are 9.00 to win the Premier League this season while they are 7.00 to lift the FA Cup.