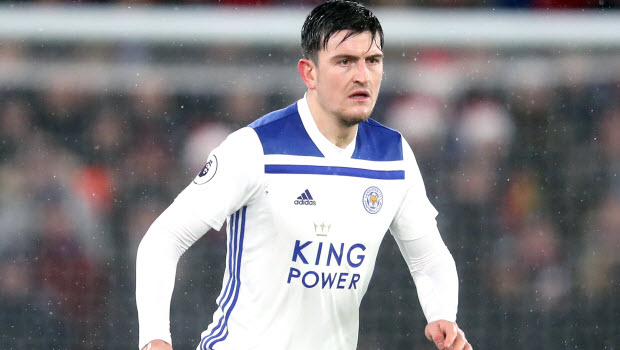 Leicester City defender Harry Maguire has urged his side to bounce back from their defeat to Crystal Palace when they take on Manchester City in the quarter-finals of the Carabao Cup on Tuesday night.

The Foxes fell to a 1-0 defeat on Saturday, with Palace grabbing all three points after Luka Milivojevic’s strike.

That first-half effort was enough to separate the two teams and Leicester have now lost their last two matches in the Premier League. Back-to-back defeats have left Puel’s men 12th in the table but their focus now switches to the League Cup clash.

City boss Pep Guardiola insists he will name a strong team for the fixture at King Power Stadium and Maguire is confident his team can fire themselves past the league champions.

He told LCFC TV: “Whenever you lose a game you’re always looking for your next one and thankfully it’s only in a couple of days.

“We’ll prepare well for Tuesday, another big game, the quarter final of the cup [against Manchester City]. “Hopefully it’ll be packed out at King Power Stadium and the atmosphere is buzzing, and hopefully we can put on a performance and get the result that warrants it.”

Maguire made his first appearance since injuring his knee in November and he insists he feels good after getting the 90 minutes under his belt.

He added: “It was great being back out there. I’ve been fortunate with injuries during my career, this is the longest one I’ve had. “It’s been six weeks today (Saturday) since I played at Cardiff so it was nice to be back out there and play 90 minutes with the boys, I’ve missed it over six weeks.

“I had a little pinch in the first 15 seconds [against Crystal Palace] but it felt really good apart from that. I’m happy to be back out there, now I can kick on for the rest of the season.”