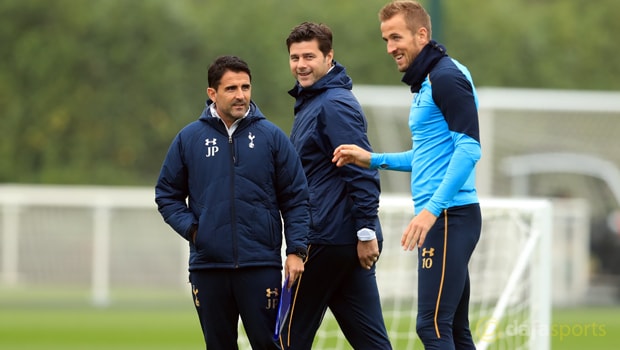 The Spurs frontman revealed that his manager has a ruthless streak when it is required, while he says the Argentine has turned the club from Champions League hopefuls into genuine title contenders.

Tottenham were the closest challengers to Leicester City for much of last season’s title run-in before a dip in form saw them eventually finish third.

This season, they’ve recovered from a slow start and are now behind only Chelsea in the league table.

England forward Kane believes there is a clear picture of progress since Pochettino arrived from Southampton in the summer of 2014.

“You can see how well we’ve progressed. We’re one of the best teams in the league. Before [Pochettino arrived] we were playing for Champions League places, whereas now we’re trying to win the title,” Kane told ESPN.

It wasn’t just about getting experience or players who had been there and done that.”

Kane is one of 11 Spurs players that have recently signed long-term contracts to remain at White Hart Lane. The 23-year-old believes Pochettino is a manager that is easy to get on with if you have the right attitude.

“He’s got two sides to him. He’s very respectful – if you respect him, he’ll show you respect back. If you work hard for him, he’ll give you his time. But he’s ruthless if you cross him.

Spurs are 13.00 to win the title this season while they are 3.40 to beat Liverpool at Anfield on Saturday.