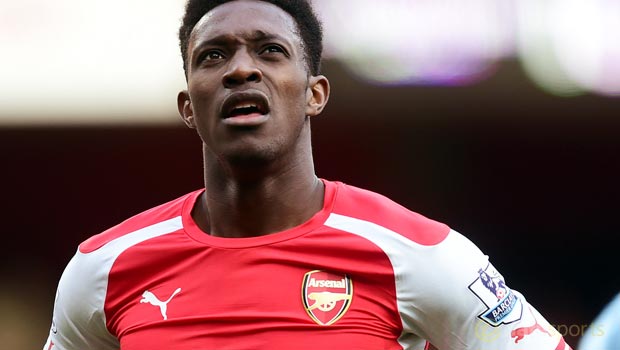 Arsenal have been rocked by the news Danny Welbeck has lost his battle to be fit for Saturday’s FA Cup final against Aston Villa.

Welbeck has been struggling with a knee injury and has not played in the Gunners’ first team since the goalless draw against Chelsea on April 26.

Wenger was hoping that Welbeck may just return in time for the Wembley showdown, but he now admits the striker has no chance of making the game.

It is also bad news for England as Wenger confirmed Welbeck will be unable to face the Republic of Ireland on June 7 and then Slovenia on June 14.

“Danny Welbeck will not be fit, not for us, nor for England,” Wenger said. “We called them yesterday, the FA, to explain that his bone bruising of the knee has not healed.

“I don’t know what he will say, Roy (Hodgson), the England boss.”

However, Wenger insists Welbeck has not suffered a setback and the injury is just taking longer than expected to heal.

The Frenchman added: “He would have been short anyway. I was prepared for that. He didn’t practice until (last) Friday, so I knew he would be short for the FA Cup.”

Wenger is close to deciding his starting line-up for Wembley but says he still has one or two dilemmas and has not yet revealed who is playing to his squad.

“I don’t know who will start yet and it’s not important because it’s just on the day in the FA Cup final,” he said.

“What is important is that you bring the trophy back. It’s always a concern for the whole squad.”