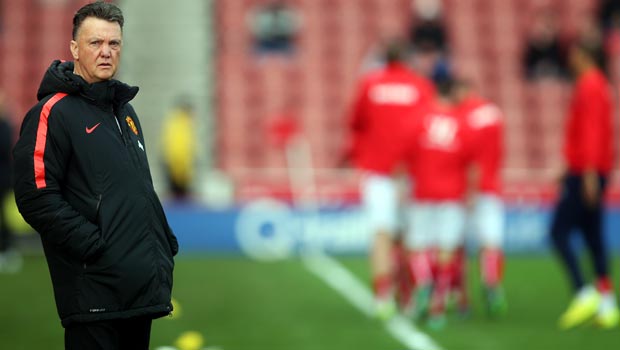 Former Manchester United captain Gary Neville says the current side must be start being braver in possession if they want to close the gap on Chelsea and Manchester City.

Manager Louis van Gaal has come under pressure in recent weeks for his desire to play 3-5-2, a formation that despite giving his team more of the ball appears to take much needed pace out of their attacking endeavours.

Their sluggish opening hour at Queens Park Rangers on Saturday led to a number of chants being aimed at the manager suggesting he should change his formation and, when he did, it proved successful as goals from Marouane Fellaini and James Wilson gave the Red Devils a 2-0 victory.

Despite the win they remain 12 points behind leaders Chelsea and are currently priced at 36.00 to win the title, with the Blues the comfortable 1.20 favourites.

Neville feels Van Gaal’s current set-up is hampering the team’s attacking players and believes switching to a back four will give them more of an opportunity to take risks in their bid to make up ground on the top sides.

“They haven’t been taking risks in the 3-5-2 system and in the first 57 minutes at QPR there were no goals, only five shots, four on target and 68% possession,” he said on Sky Sports.

“Then, when they go to the back four, there’s less possession but goals, more shots and generally a far better performance from them in the last half hour.

“When they go to the back four in the second half it goes to 54 passes. It’s a big difference. They started looking at diagonal passes, playing risky ones, making QPR work and doing things that are unpredictable.”