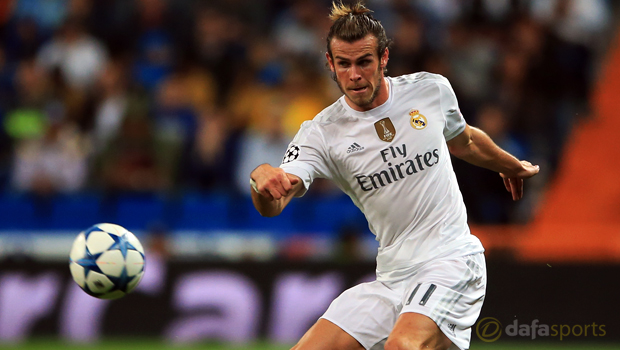 Gareth Bale has ruled out the possibility of returning to the Premier League because he claims playing for Real Madrid “is the pinnacle”.

The 26-year-old Wales international became the world’s most expensive footballer in 2013 when he joined Los Blancos for £85million from Tottenham.

Bale enjoyed a successful first season at the Santiago Bernabeu as he helped the side secure their 10th European Cup win with victory over neighbours Atletico Madrid in the Champions League final.

He didn’t enjoy as much success last season and even came in for some criticism from sections of the Real Madrid supporters.

Bale has again struggled for his best form this term and has not scored for the club since August as his record currently stands at 30 goals in 65 La Liga games.

It has resulted in constant speculation that he will return to England with Manchester United believed to be leading the chase for his signature.

But speaking after Saturday evening’s dismal 4-0 El Clasico home defeat against Barcelona, which left Rafael Benitez’s side six points adrift of their rivals in the table, Bale insisted that he is happy at the club and does not want to leave.

“My plan when I first started playing was to try to reach the pinnacle – and Real is the pinnacle,” he said.

“I am enjoying my time here. Now I’m here, I want to win trophies and to win titles, and just do the best I can for my career.

“I will never say never when it comes to going back to the Premier League, because you don’t know what the future holds.”

Bale will look to help Real Madrid bounce back from the defeat against Barca when they travel to face Shakhtar Donetsk in their Champions League Group A clash on Wednesday.