Roma v Chievo: Garcia keeping his feet on the ground 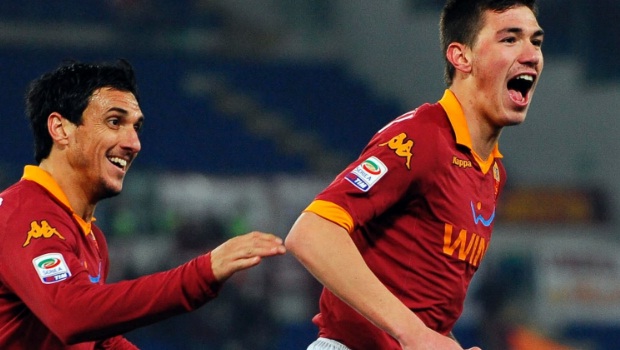 Roma coach Rudi Garcia is determined that his players will stay grounded despite Thursday’s 1-0 victory over Chievo seeing them record their 10th straight Serie A triumph.

Sunday’s 1-0 success over Udinese saw the Romans equal the record for consecutive wins at the start of a season, but they have now moved above the 2005-2006 Juventus team and made history after Marco Borriello’s 68th-minute striker at the Stadio Olimpico.

The capital club were not tipped to pull up any trees this term after a below-par showing last season but, after a switch of manager in the summer, there has been no looking back.

Roma are currently five points clear at the top of the Serie A standings and have conceded just one goal all season, while scoring 24.

The last couple of victories have been achieved without the club’s talisman, as Francesco Totti is sidelined through injury, but they have still managed to get the job done.

There has been talk that the Giallorossi might actually go on to win the Scudetto this season and shock the likes of Juve, Napoli and Inter.

But Garcia has been quick to play down any thoughts of glory and made it clear that it will be business as usual ahead of the next game.

“We are having dinner here tonight to prepare for the next game in the best way possible,” he said. “Am I keeping an eye on their diet? Of course.

“This is a fantastic streak for us, but we don’t have time to enjoy it too much. We have one day less than Torino to prepare for Sunday’s match, so every minute is important to recover and prepare.”