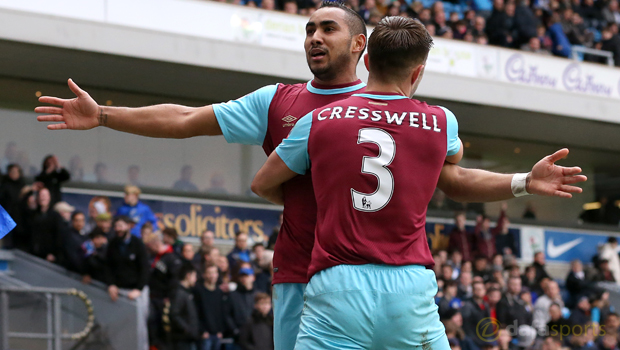 France coach Didier Deschamps has called on West Ham playmaker Dimitri Payet to transfer his club form to the national side if he wants to get the call for Euro 2016.

Payet has been one of the signings of the season in the Premier League after joining the Hammers from Ligue 1 side Marseille for £10.7million.

The midfielder has impressed so much that he was handed an improved deal in February as the east London club looked to ensure they kept hold of him.

The 28-year-old has earned 15 caps for France since making his debut in 2010 but hasn’t featured since last June under Deschamps.

The former Saint-Etienne man’s good form continued on Sunday when he fired West Ham into the quarter-finals of the FA Cup with two goals in a 5-1 victory against Blackburn.

West Ham, who are 9.00 to win the FA Cup, currently sit seventh in the Premier League, just one point adrift of fifth-placed Manchester United as they hunt European football.

Deschamps has now challenged Payet to make the same kind of impact on the international scene after admitting he has a lot of competition for places.

He said: “I’ve already called and I have already spoken to him about it. I said that I expected more from him than he (produced) when he was with us.

“It was not enough. In the France team, he does not do the same thing (as he does) in his club.

“He is someone who is powerful in the club. He often plays on the left in a 4-3-3. He has some very interesting statistics on the left.

“But after that there is a competition issue. In this position on the left, the competition is from Anthony Martial, Antoine Griezmann, Mathieu Valbuena, Hatem Ben Arfa or Nabil Fekir before he got injured.”