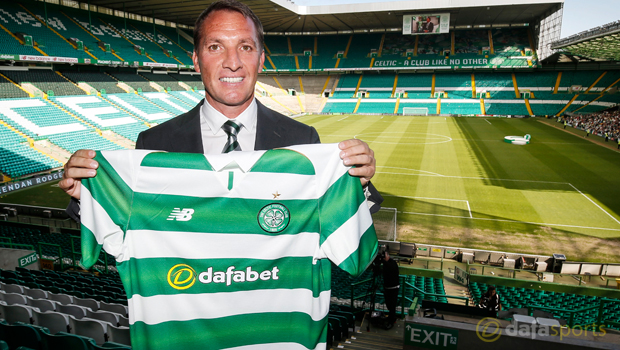 Former Celtic boss Neil Lennon believes Brendan Rodgers can bring success to the club but admitted he was disappointed to have been overlooked for the role.

The 44-year-old played more than 200 times for the Bhoys during a seven-year stay before returning to manage the club for a four-year stint between 2010 and 2014.

However, the club struggled to compete in Europe following his departure and the appointment of Ronny Deila, who has subsequently left the club following the conclusion of last season.

Rodgers has been trusted with the job of trying to build a squad which can dominate domestically, while also having a go in Europe.

Lennon believes Rodgers is a really good appointment and expects he will do well at Celtic Park while admitting he was disappointed not to be offered another chance himself.

“Celtic appealed to me, but they have picked a really good candidate in Brendan,” Lennon said.

“He’s a great manager, so we will see what happens in the future. “It wasn’t really an interview, it was more like meeting up again.

We just chatted things through about the team and the club and what they would need to take it forward again. “After the Bolton experience it would have to be the right job. I’ve got plenty to offer.

“I wasn’t hurt, no. Disappointed, yes. What’s for you can’t go by you.I need to look at something else now and get a new challenge.”

Celtic can be backed at 1.30 to retain their Premier League title in 2016-17 when Rodgers gets his first taste of Scottish football.