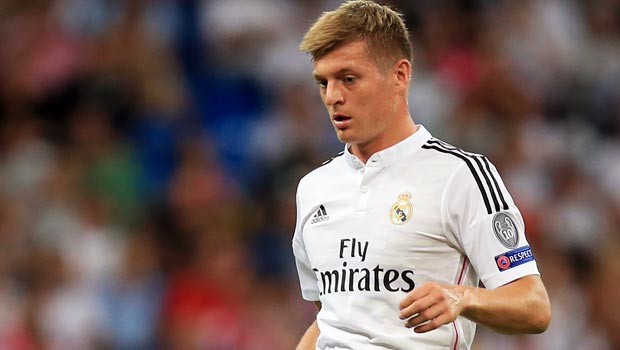 Former Bayern Munich manager Jupp Heynckes believes that Real Madrid midfielder Toni Kroos is the best in the world in his position.

Kroos worked under Heynckes during one of the most successful periods in Bayern’s history, claiming numerous honours including a treble in his last season in charge.

The Germany international was a key figure during Heynckes’ tenure but has since opted to leave his homeland in order to seek out a new challenge abroad.

The 24-year-old was heavily involved for Germany as they went on to glory at the World Cup in Brazil over the summer and has since earned a move to European champions Real Madrid, who are priced at 3.85 to retain the Champions League.

Los Blancos boss Carlo Ancelotti immediately threw Kroos into the action and his faith has been repaid with some consistently solid performances.

Heynckes revealed that he advised Kroos to stay put with Bayern but admitted he has the ability to get into any team in world football.

Heynckes said: “Right now there is no better footballer in the world in his position and he plays the midfield role so cleverly.

“I’d rather he’d stayed at Bayern and I advised him to, but we spoke on the telephone during the World Cup and he told me the move was perfect. For him, on a personal level, it’s another step that suits him.”

The 69-year-old continued by adding that he believes Kroos helps to make the players around him even better and he feels that has been the case at the Santiago Bernabeu this term with Real setting a new club record of 16 wins on the bounce.

He added: “The top players like Cristiano Ronaldo, Karim Benzema and Gareth Bale know that they are even better when Toni is in the team.”