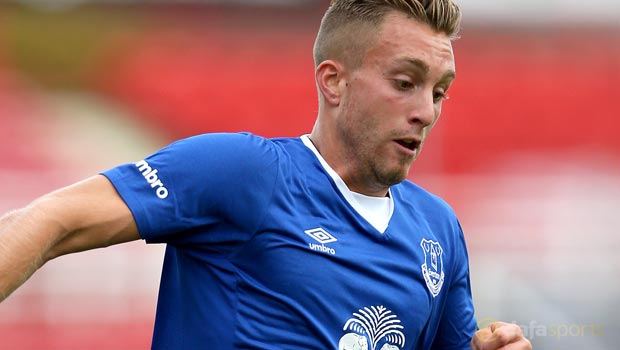 Everton manager Roberto Martinez has revealed that Gerard Deulofeu is close to full fitness but the season-opener against Watford on Saturday may be too soon for a return.

The Spain international, who signed for the club permanently this summer from Barcelona, suffered a hamstring injury in the Asia Trophy in Singapore a fortnight ago.

It was a disappointing blow for the 21-year-old, who had expressed his delight at being reunited with his former team-mates, having spent a season on loan at Goodison Park for the 2013-14 campaign.

The speedy winger has been working hard to get back to full fitness in time for the start of the Premier League but, despite showing positive signs, Martinez admits the match on Saturday could be too early.

“Geri is very good. He’s been very lively and was in the dressing room and very happy,” he said. “He’s already working at 60 per cent so I don’t expect him to be too far away. Maybe the weekend will be too early for him but he won’t be too far away from coming back.”

Everton are also sweating over the fitness of Kevin Mirallas and John Stones after the pair were forced off in Duncan Ferguson’s testimonial fixture against Villarreal recently.

The latter has been linked with a move to both Manchester United and Chelsea this summer but Martinez has ruled out selling the England international in the current window.

The Toffees boss has calmed fears of a long spell out for the pair though and the Spaniard expects Mirallas and Stones to return soon.

“I don’t think they are anything too serious but we need to be extra cautious in order to give them the right treatment ahead of the weekend,” he added.

Everton are 1.73 favourites to defeat Watford on Saturday, a draw is at 3.80 while the newly-promoted side are outsiders at 5.00.