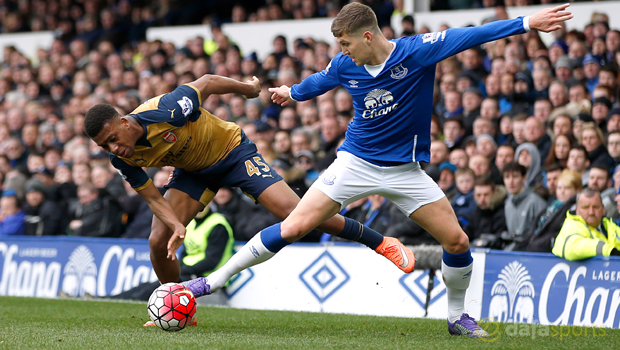 Everton manager Roberto Martinez could reinstall out-of-favour John Stones to the starting line-up after he impressed in the 2-0 home defeat to Arsenal.

Stones, who joined from Barnsley in 2013, enjoyed a superb time on the pitch last season with his impressive performances earning a regular place in Roy Hodgson’s England squad.

The 21-year-old was expected to make further improvement this campaign but some questionable displays have seen him drop out of the starting line-up for the Toffees.

Ramiro Funes Mori has been playing alongside Phil Jagielka at the back although recent results suggest there is still a problem at the heart of defence.

Everton have lost their last two Premier League matches against West Ham and Arsenal, leaving the club languishing down in 12th position in the table.

Stones did come off the bench in the loss to the Gunners and Martinez is contemplating bringing the defender back.

He said: “I think he has come back with a real focus and a real intent of performing well and I think the second-half performance, the back three had to do everything, defend, get on the ball and try to play forward, and I thought it was an all-action performance.”

Stones is currently involved with England for their two friendlies against Germany and Holland, with Martinez keen to see how he performs if handed a chance.

Everton return to action on April 3 when they travel to Manchester United with the visitors 3.60 to grab all three points. The draw is priced at 3.30 while the Red Devils are 2.05 favourites.

Louis van Gaal’s men beat Manchester City 1-0 last time out and will be confident of another victory to continue their push for a Champions League spot.