Everton: ‘All the pressure is on Arsenal’ – Roberto Martinez 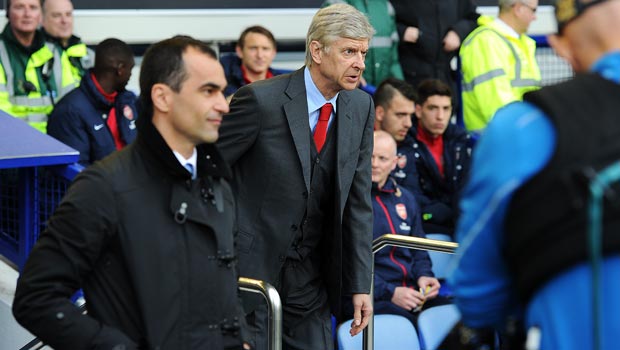 The Gunners make the short journey to Wembley Stadium on Saturday to face the current FA Cup holders in the semi-finals of this year’s competition.

Defeat is unthinkable for Arsenal fans as the FA Cup remains the north London club’s last chance to end a miserable run of nine years without a trophy.

And Martinez says the pressure could get to the pre-match 1.46 favourites.

“The hardest thing in football is to be expected to achieve something,” said Martinez.

“That is a killer. And the opposite is when you are not expected to do anything, just to enjoy your football. I am looking at Wigan and they are under pressure in the Championship.

“Every game, they have to win to get into the play-offs, to get promoted. That intensity. All of a sudden they have a freedom and a release game. At Wembley, where they had two incredible experiences last year. The players are going to go there and be themselves.”

I just think it’s very dangerous. Not because it’s Arsenal versus Wigan but because that approach is….it’s the same with Hull and Sheffield United.

“We had it with Millwall last season, it was a harder game against them than Man City. Against City it was ‘what do we have to lose, let’s enjoy this’ but against Millwall we were thinking “imagine if we lose, to a Championship team in an FA Cup semi-final. We might not get another chance.”‘

Wigan are 6.59 to beat Arsenal in the match betting.