Spurs must recover for Wembley trip 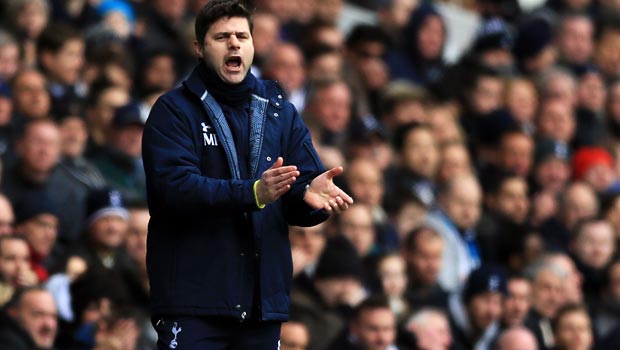 Mauricio Pochettino knows his Tottenham side must recover from their Europa League exit at the hands of Fiorentina in time for Sunday’s Capital One Cup final clash with Chelsea.

Spurs were knocked out of Europe after losing the second leg of their last-32 tie 2-0 in Florence, with goals from Mario Gomez and Mohamed Salah helping the Italian side to a 3-1 aggregate victory.

The defeat means the north Londoners are now without a victory in four games in all competitions and go to Wembley on Sunday knowing the match is their last real chance of silverware this campaign.

After the loss at the Stadio Artemio Franchi, Pochettino admitted his side must recover quickly from the defeat and not dwell on what might have been in Tuscany.

He said: “This one was the first final for us and all players are disappointed, but now we need to look forward, to recover quickly, because on Sunday we have another game. It is impossible to change the game now.”

It could have all been so different for Spurs on the night had striker Roberto Soldado converted a first-half chance when he chose to pass to team-mate Nacer Chadli rather than have a shot himself when clean through on goal.

His Argentinian boss admitted that the opportunity was perhaps a turning point in the tie and that Spurs have to be more ruthless in the future.

Pochettino added: “It is true that it was key, this action. You need some luck to score sometimes if you are to win the games. We did not score and, if we want to analyse the game, it is easy: Fiorentina scored, we didn’t score and in football if you don’t score it is difficult to win games.”