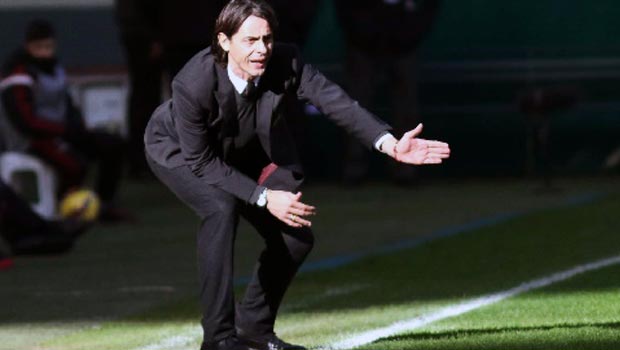 Stephan El Shaarawy believes that Milan can still qualify for next season’s Europa League and has backed under-pressure coach Pippo Inzaghi to deliver.

The former giants of Italian football have looked a shadow of the side that used to strike fear into opposition teams in recent seasons and currently sit in ninth place in the Serie A standings, with just 33 points from 24 games played.

They have struggled since the turn of the year, with only two wins – both against clubs in the relegation zone – and they are a massive 24 points behind table-topping Juventus.

A challenge for the title always looked unlikely but there was hope of an improvement on last season’s eighth-place finish, but that now seems a tall order as well.

And El Shaarawy, who is currently sidelined with a metatarsal injury, admits that consistency has been Milan‘s Achilles heel and feels they must start to string some wins together quickly if they are to close the six-point gap to a Europa League place.

“We have to build from the game we played on Sunday against Cesena, and try to pick up as many points as we can, because the Europa League is still an attainable goal.”

Inzaghi’s future at the helm has been called into question several times despite the backing of owner Silvio Berlusconi.

But El Shaarawy is adamant that the former Milan player will be a success if allowed to continue his work at the San Siro.

“He has great commitment and desire, he just needs a little time,” he added. “He’s a coach with clear ideas, and a great person.”