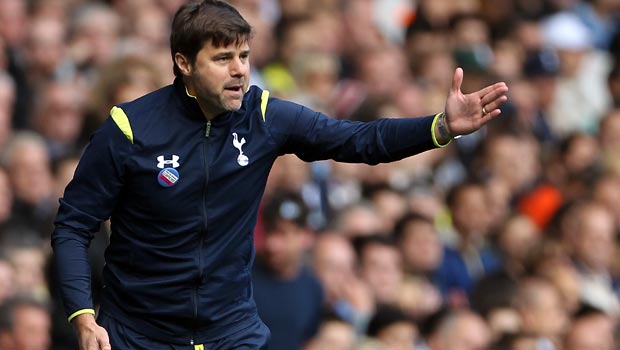 Tottenham head coach Mauricio Pochettino said he was “angry” and “frustrated” after his side were held to a 1-1 draw against Besiktas in their Europa League Group C clash at White Hart Lane on Thursday.

Spurs, who drew their opening group game at Partizan Belgrade a fortnight earlier, looked on course to secure three points in their first match on home soil against the Turkish outfit, who are in the tournament having been dumped out of the Champions League by Arsenal in August.

Harry Kane had given the hosts the lead when he fired a low shot past Besiktas keeper Tolga Zengin from the edge of the area on 27 minutes.

Spurs goalkeeper Hugo Lloris kept his side ahead with some excellent saves to deny Olcay Sahan on two occasions before tipping over a shot from former Chelsea striker Demba Ba.

However, a late error from Romanian defender Vlad Chiriches, when he handled the ball after allowing it to slip through his legs, gifted Ba the opportunity to secure a point for Slaven Billic’s side in the 89th minute which he grasped with both hands.

Pochettino was left disappointed that Spurs could not see out the win, but he refused to criticise Chiriches for his error.

He said: “In football you always can make a mistake. It was an unlucky action, a difficult action in this moment. He made one mistake after another mistake, but we need to accept it, because this is football.

“I am very disappointed. I am angry, I am frustrated and all that you want to say, but it is 1-1 in the end. We conceded in the last minute, which is very disappointing, and maybe frustrating. It is hard to accept this.”

Next up Spurs will face Pochettino’s high-flying former club Southampton at home in the Premier League on Sunday with the north Londoners 2.16 to win, while the Saints are 3.31 and the draw is 3.28.