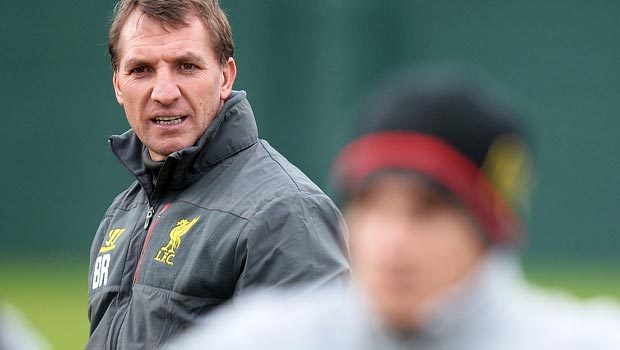 Liverpool manager Brendan Rodgers is confident his injury-hit side can overcome Besiktas in Turkey but admits it won’t be comfortable”.

The Reds hold a 1-0 aggregate lead in the Europa League
last-16 tie after edging Besiktas in the first leg at Anfield.

Liverpool were frustrated for most of the night by their Turkish opponents, who are well drilled and defensively organised under head coach Slaven Bilic.

Besiktas offered little going forward, with their only real opportunity in the first game falling to Demba Ba in the first half, but he was denied by Simon Mignolet.

It leaves Rodgers feeling confident about their chances of reaching the last 16 but he insists Liverpool must not be “arrogant” in Turkey.

“We respect our opponent; we’re not arriving in Turkey being arrogant enough to think that it will be comfortable,” he told a pre-match press conference.

“This is another game that will be a challenge to that, but we look forward to it.”

Rodgers added: “We still have a squad strong enough to hopefully get the job complete but we’ve got a few knocks and niggles from the weekend.”

Liverpool are on a run of four straight league and cup games and have lost just one of their last 18 games in all competitions – a 1-0 defeat against Chelsea after extra time in last month’s League Cup semi-final at Stamford Bridge.

Liverpool are 2.49 to continue their fine run of form by beating Besiktas on Thursday night while the home side are 2.75 and a draw is 3.18.