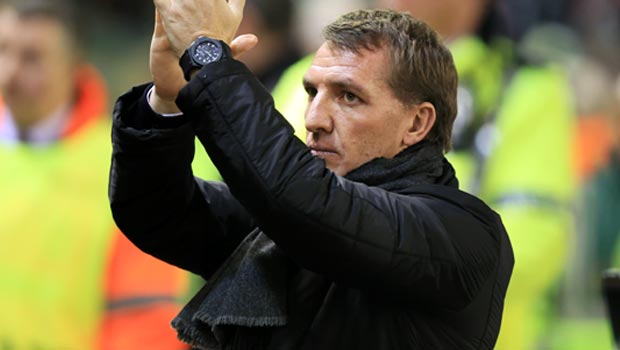 Liverpool boss Brendan Rodgers insists that his side will enter Thursday’s Europa league tie with Besiktas looking to get a victory as they aim to win the competition.

Rodgers is keen to win one piece of silverware for the Reds this season and their chances were dashed earlier this month as they were knocked out of the Capital One Cup.

Liverpool, who are priced at 13.00 to win the Europa League, were narrowly beaten over two legs against league leaders Chelsea with a goal in extra time at Stamford Bridge helping the Blues to seal a trip to Wembley.

The Reds still remain hopeful of going all the way in FA Cup and have been drawn at home to Championship outfit Blackburn in the quarter-finals.

The Merseyside outfit failed to reach the knockout stages in the Champions League but finished third in their group and will embark on a Europa League campaign on Thursday.

Besiktas will travel to Anfield for the first meeting before a return in Turkey and Rodgers insists that his side will take the competition seriously.

Rodgers said: “I said at the beginning of the season that one of the objectives for us was to win a trophy,” the Northern Irishman told reporters.

“Hopefully you’ll have seen from the efforts that we’ve put into the cup competitions that we want to do everything we can to win a trophy.

“It is a tough game against Besiktas, a team that are obviously very strong in their own country; they have got good experience of playing games in this country, you saw their recent games against Tottenham and Arsenal.

“So we know it will be a tough game, but it’s very much about looking to take a lead into the second leg, looking to win the game here in the best way that we can.”